“The global spread of the Saemaul Movement in partnership with the IFAD is very meaningful for South Korea, the only nation to have transformed into an aid donor from a recipient,” Seop Shim, senior executive director of Korea Eximbank, told The Korea Herald at the bank’s Knowledge Sharing Program seminar held in Gyeongju.

The Saemaul Movement was a pan-national movement that started in the 1970s as a campaign for promoting community and rural development. The IFAD is a United Nations agency dedicated to eradicating rural poverty in developing countries. In May, the agency asked Seoul to share its Saemaul Movement experience with the global community. Korea Eximbank, due to its role in offering overseas economic development aid, was placed in charge of handling the cooperation with the IFAD.

“The Saemaul Movement and IFAD projects have many things in common, as both are focused on community-based development and voluntary participation of local people,” the director said. 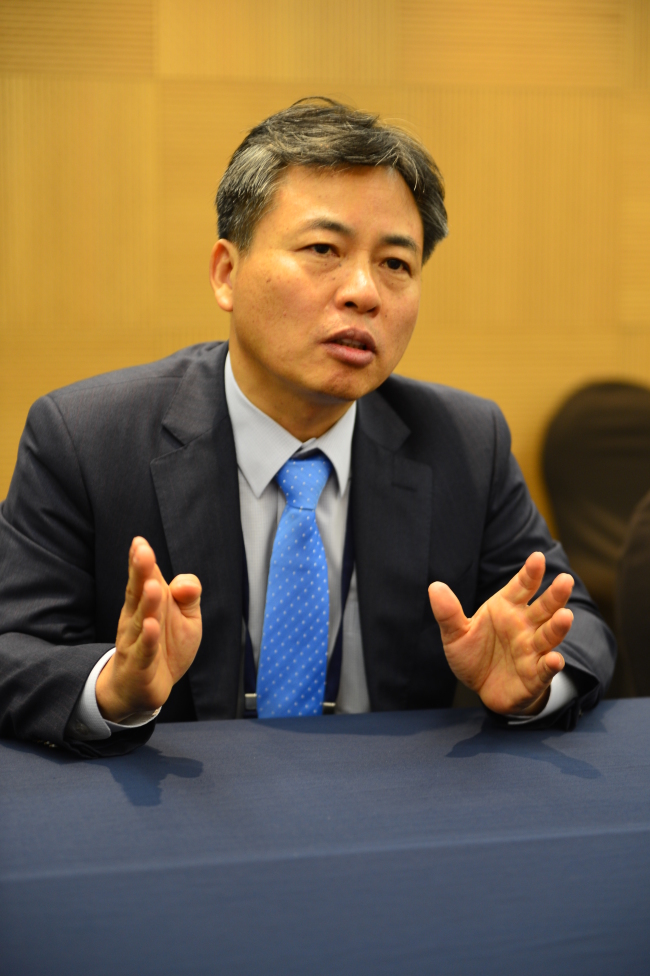 Eximbank senior executive director Shim Seop
The Saemaul Movement, however, is more sustainable as it promotes regional development through strong leadership, he said.

The Saemaul Movement believes the role of leaders in each village to be very important. The leaders receive training on personnel management and the campaign in general before meeting with the villagers in order to set up a successful makeover.

Those who benefit from the Saemaul Movement are then encouraged to give back to society in the form of Saemaul financing. This is an upgraded version of the IFAD’s microfinance program, which lends small amounts of money to poor people to make a living, according to Shim.

The movement also encourages competition among villages and offers more financial incentives to towns showing better performances, or those with higher levels of voluntary participation from the townspeople.

“When Saemaul Movement’s sustainability is integrated with the diverse project experience the IFAD has accumulated in Africa and Asia, it could have a synergy effect,” he said.

The Saemaul Movement has been introduced in some developing countries through government agencies such as the Korea International Cooperation Agency as small-scale projects. However, this is the first time the government has formed a partnership with an international organization.

In December, ministers from some Southeast Asian nations and experts from the IFAD are expected to gather in Cambodia to further discuss the globalization of the Saemaul Movement.

At Tuesday’s seminar, around 180 participants including regional agricultural development experts from the IFAD, and government officials from developing countries such as the Philippines, Tunisia and Bolivia, gathered to discuss the best practices and the globalization of the Saemaul Movement as well as strengthening partnerships in the global agricultural development.