The 42-year-old was given special naturalized Korean citizenship in gratitude for his ancestor’s contribution to the country’s independence movement during the Japanese colonial rule. A total of 15 other foreign nationals ― also descendants of Korean independence supporters ― became naturalized citizens here on the same day.

“It is nice to have that final, closest connection with the country that we (my family) loved and I love personally,” Linton said about garnering citizenship in a recent interview with The Korea Herald.

“I think when I get the passport, the full impact is going to hit me.”

Linton’s family history is already well known among the public here. He is the great-grandson of William A. Linton, a U.S. missionary and educator who founded today’s Hannam University in Daejeon on top of supporting Korea’s independence movement.

The lawyer’s great-great grandfather is Eugene Bell, who is William’s father-in-law and a Christian missionary who first arrived in Korea in the late 19th century.

Throughout five generations, the Linton family has made significant contributions to Korea’s religious, educational and medical sectors. One of their significant projects is the establishment of the Eugene Bell Foundation, which has been supporting North Korean tuberculosis patients since the 1990s.

As his early ancestors devoted their lives being missionaries here, Linton, with his gained citizenship, also wants to make his contributions to the country, but with his own expertise ― business and law. The lawyer, in fact, sees similarities between his profession and missionary work. 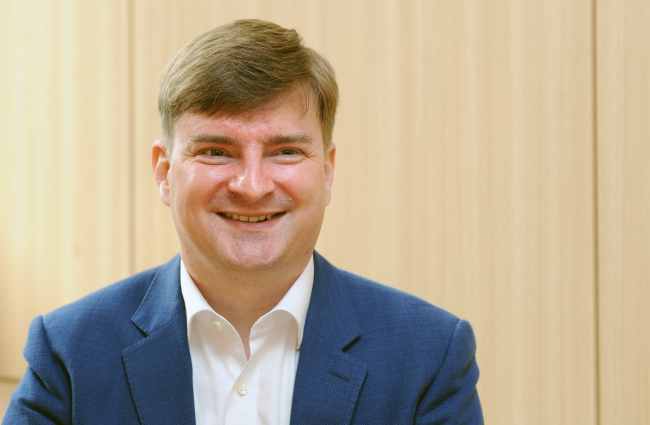 David Linton
“They are both trying to deal with sin,” he said. “If men were angels, we wouldn’t need contracts, right? We wouldn’t need processes resolving disputes. So from that sense, both professions exist for the same reason ― the weakness in men.”

Although he was born and raised in the U.S., Linton said he was always conscious of his family history and its connection to Korea.

“I think there was a lot of influence from Korea (in my family) that was just not visible,” he said.

“For example, one of the things my father always emphasized was when somebody comes to the airport, you have to go to the airport to meet them. That’s not American. But my father thinks it’s our family manners. And I respectfully disagree. I think we got it from Koreans who don’t even do that so much anymore. We are still strict about that.”

Linton, who has lived in Korea since 2007, works at local entertainment conglomerate CJ E&M. Prior to earning his law degree in the U.S., he studied the Korean language at Seoul National University during his undergraduate years in the 1990s.

As a lawyer based in Seoul, he is particularly interested in increasing youth employment by pushing for fewer regulations on entrepreneurship in the country. He said he has always been interested in helping people with their careers, and has done “literally hundreds of resumes” since he was a high school student. He is also in charge of recruitment for his legal team at CJ.

“I think through that process (of helping others) I got sensitized with how difficult the job market is especially for the younger people. And in Korea, they went to study overseas, and they speak these languages, but they still can’t even get their first job. And that is a problem,” he said.

“If you look at Silicon Valley, most of them are young ― they are in their 20s. And when you look at Korea, what are guys in their 20s doing? They are trying to get another jagyeokjeung (certificate). What a waste.”

And gaining South Korean citizenship gives him more credibility when he speaks on legal reform, he said.

“As a Korean citizen I feel more free to say, I think there is room for improvement here, or I think if we amend this law this way, it could free people to be more successful,” he said. “Legitimately I believe in free speech. Anybody can have an opinion about anything. But how well received is that opinion going to be (is what matters).”