[ The Korea Herald – Send E-mail ]
[Weekender] For better or worse? K-pop stars flood the stage
By Korea Herald
Published : Mar 21, 2014 - 20:17
Updated : Mar 21, 2014 - 20:17
While Broadway is certainly no stranger to shows led by big-time Hollywood talent, the trend of Korean musicals casting K-pop stars has gotten to the point where it’s now almost routine in a large production.

The inclusion of K-pop stars not only helps sell shows, it has become an almost unspoken policy that any non-Broadway musical that wants to hit it big should include a popular K-pop star in its cast. 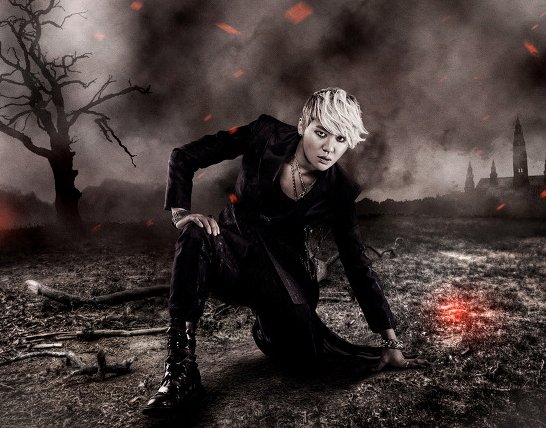 Official poster of Korean musical “Elisabeth,” starring K-pop idol Xia Junsu of JYJ (EMK Musical Company)
Whether it’s Girls’ Generation’s Jessica in “Legally Blonde,” 2PM’s Jun.K and SHINee’s Key in the “Three Musketeers” or JYJ’s Xia Junsu in “Elisabeth,” K-pop stars have been flooding the Korean musical scene for the past few years, and it appears to be a trend that is not going to die out anytime soon.

Following his role in the local remake of Andrew Lloyd Webber and Tim Rice’s rock musical “Joseph and the Amazing Technicolor Dreamcoat,” popular idol star Yang Yoseop of Beast is one of those K-pop talents that has started to make a name for himself as a musical actor. And he is once again slated to return to the live stage next month. 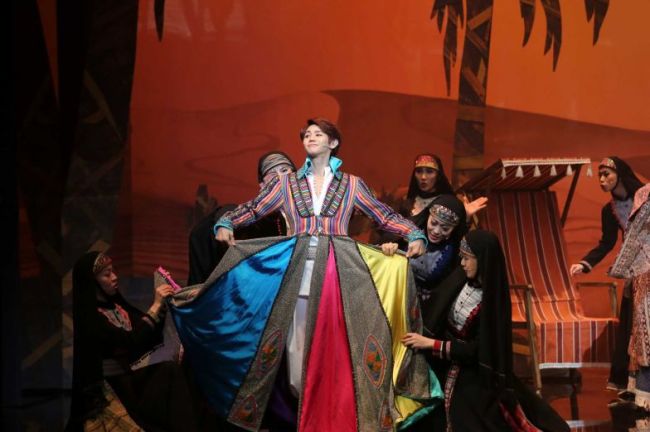 K-pop star Yang Yoseop of Beast stars in the Korean production of Andrew Lloyd Webber and TimRice’s rock musical “Joseph and the Amazing Technicolor Dreamcoat.” (Live&Company)
In his third musical role ― after “Joseph and the Amazing Technicolor Dreamcoat” and his small role in the 2011 production of “Gwanghwamun Sonata’’ ― it was announced earlier this month that Yang had been cast as one of the male leads in the upcoming production “Full House,” a remake of the 2004 hit drama series that starred Rain and Song Hye-gyo.

Although many musical production companies seem to be banking on K-pop’s tremendous fandom in hopes of boosting ticket sales, a night starring a K-pop idol heavyweight does not necessarily guarantee a musical’s success. Many K-pop stars have been criticized for their lack of acting ability and skills in live musical singing, which is a far cry from the pre-recordings and partial lip-synching of K-pop concerts.

“Musical productions are continuously going on these star hunts because they think they need these big names to promote their show,” said music critic Im Jin-mo. “But as we all know, singing these sort of ‘hook’ K-pop songs and singing in a live musical are two very different things.”

“I think with Xia Junsu as the exception, these K-pop stars do not thrive as well in musicals,” Im continued. “Sure they are big stars and they draw in a lot of their K-pop fan base, but until they learn the true vocabulary of musicals, the quality of the production itself will just lack in quality.”

K-pop is infamous for having passionately dedicated fans and this often means that certain musicals are able to reach and appeal to a much wider, younger audience ― both international fans and those not originally interested in musicals.

“One good thing about having a famous idol star in a musical lineup is that it does attract a wider audience; so some people who were normally not that interested in the musical scene now seem to be gaining some interest,” Im explained. “However, we should also consider the problems that it is causing classically trained musical actors.”

Im argues that although more often than not many professional musical actors are better suited, it has not gotten to the point where they must compete against popular K-pop stars for leading roles. But, the inclusion of K-pop stars in a cast can sometimes mean stealing the spotlight from the classically trained musical performers who don’t possess the idols’ star power and large fan-base.

“While these professional musical actors are performing in a production, just the mere thought that many of the audience members have came out mainly to see a certain K-pop star perform ... don’t you think this is something that will run through their minds?” he asked.