Her hero, late singer Kim Kwang-seok still roamed the stage, job prospects were bright as Korea’s economy continued to grow, and she was ready to enjoy what the world had to offer.

“Those were my golden days. Back then, I felt like I could achieve anything,” Kim said.

By the time she finished college in the late 1990s, however, the Asian financial crisis had struck and she and her friends were suddenly left without jobs, money or dreams. In the time since then, Kim had all but forgotten the dreams of her youth.

Then she found a glimpse of her college days in the film “Architecture 101.”

“The movie depicted how we were back then. It helped me remember all the fun memories I had as a college student.”

Ushered in by the hit movie, a recent retro boom has brought the 1990s to the big and small screens, plucking at the heartstrings of those who grew up in that era. 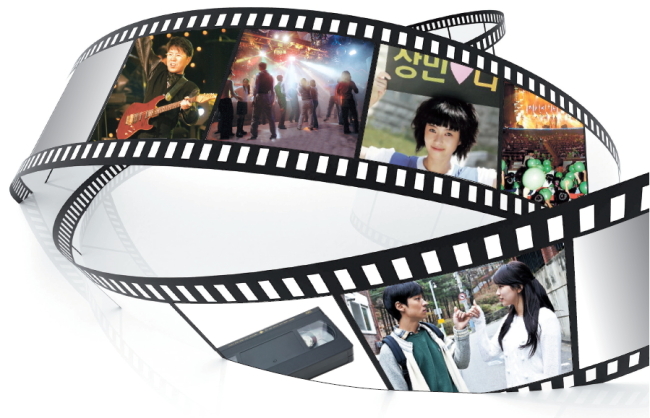 In recent years, Korea’s entertainment sector has been bombarded with music, dramas and movies that depict the past, especially the ’90s.

In 2012, “Architecture 101” took the country by storm, solidifying its leading lady Suzy as the nation’s newest sweetheart. The nostalgic trend was prolonged by the “Eungdaphara (Answer Me)” series that hit the small screen later that year and in 2013.

Why then, do so many people dwell on the past?

“People seek out retro content to find solace. This desire grows stronger when they are in a time of hardship,” said researcher Kim Na-kyung at LG Economic Research Institute in her report about the retro boom. She said that during economic downturns, such as the one that has plagued Korea since the late 2000s, the popularity of retro content tends to increase.

According to Kim’s report, a person’s brain stores a memory of the past in its subconscious, which pops out when he or she encounters an object related to that memory. This means viewing retro content is equivalent to reminiscing on joyous moments from the past.

Chun Sang-jin, a sociology professor at Sogang University, said people who have grown weary of society’s rapid changes look for something that they are used to.

“In a tumultuous society, one constantly asks oneself, ‘Where am I?’ Everything changes, a brand new phone can become out-of-fashion tomorrow,” he said. “They seek out something solid, something that stands still regardless of the streams of change. That’s why retro is popular.”

Chun said people seek the times when there was hope of a better future. Korea, which struggled to get back on its feet after the 1950-53 Korean War, became one of the leading economies during the latter half of the 20th century.

“Back then, there was a myth that if you tried hard, you could achieve something. And Korea’s rapid growth attests to that myth,” he said.

Chun said there are several reasons why so much of the retro boom focuses on the 1990s, one of which is that it is considered the peak time of Korean prosperity.

In 1995, the household income surpassed $10,000 for the first time. The nation joined the Organization for Economic Cooperation and Development in 1996, which boosted Koreans’ pride.

“In the 1990s, there was widespread optimism about economic growth and recovery,” said Kim of LGERI. According to Kim, the percentage of people who regarded themselves as belonging to the middle class was over 60 percent in the early 1990s, but the rate dramatically dropped between the late 1990s and the 2000s and further plummeted to 52.8 percent in 2011.

Chun said another reason why the ’90s rose to prominence is that the people who grew up during that period ― those in their 30s and early 40s ― have become the age group with the largest purchasing power for cultural content.

Culture critic Ha Jae-geun said the 1990s was a time when Korean culture underwent a transition.

“It was when a new ... young generation emerged. They enjoyed a variety of pop culture as youngsters, were free from the fear of war, and did not obsess over ideological division,” said Ha on his blog.

“In that sense, the 1990s are the origin and the beginning of the Korean society that exists today.”

Retro trend as a cure

It is not just the affluent 1990s that has become the object of nostalgia. Looking back on one’s youth with fondness is something enjoyed by all generations.

According to Kim Eo-su, an assistant professor of psychiatry at Severance Hospital, retro dramas, movies and other culture products can even have a healing effect for senior citizens suffering from mental illnesses.

“‘Retro’ is more than just indulging in the happy memories of the past. These memories convey a clear message to a person’s present,” Kim, an expert on mental health for the elderly, said. “Recollecting a certain time period is like reviewing a stage of your life that coincides with that era. Watching a drama staged in the past is essentially watching yourself living in that time.”

This allows a person to reevaluate his entire life, he said.

“For instance, a man suffering from dementia can watch a historical drama about the 1970s and subconsciously, he can feel like he is reliving those moments,” Kim said.

“Old people suffering from mental illness usually have low self-esteem. Watching dramas about the past stimulates people to review their lives. They realize ‘Even though I am senile now, my life as a whole was okay. It was worthwhile.’”

In some aspects, he said, the retro boom can bring the past to the present. Senior citizens, whose best days are now behind them, once again feel like they are in the forefront of life.

“When most people review their lives, they find precious values (in life). These people obtain something through looking back. They get to feel good about themselves once again.”