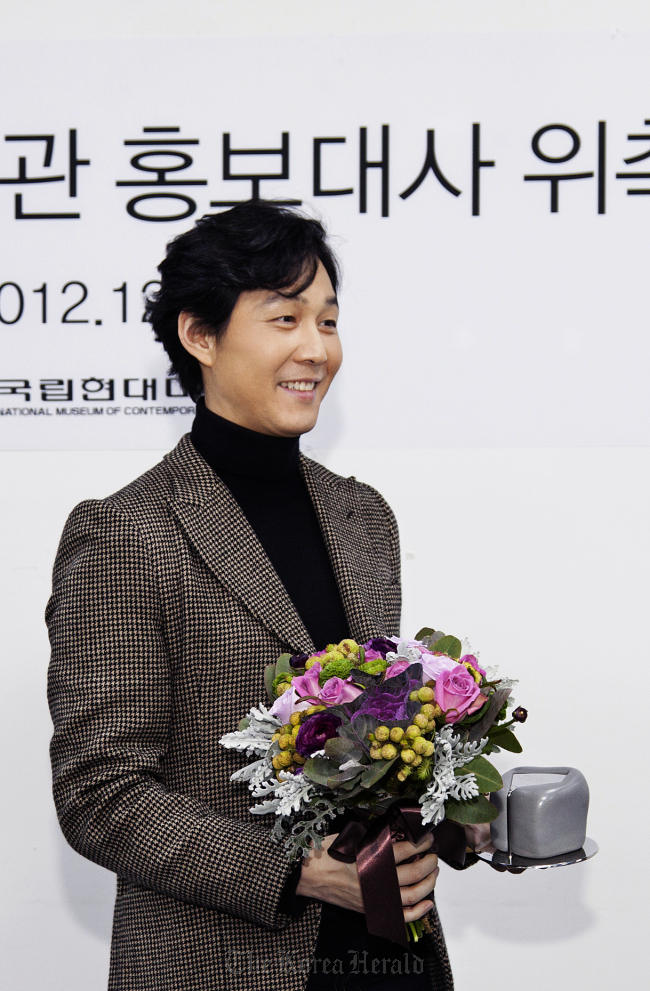 Lee Jung-jae poses for a photo at the appointment ceremony on Friday. (NMOCA)
Actor Lee Jung-jae will serve as a goodwill ambassador for the National Museum of Contemporary Art, museum officials said Wednesday.

Lee is expected to promote exhibitions and major events at the museum and further promote Korean art to the world. His term ends September 2014.

“Lee has been well known as an art collector and supporter of Korean art. He volunteered to act for the film made by Moon Kyung-won and Jeon Joon-ho, who were selected as artists of the year by NMOCA,” the museum said.

Moon Kyung-won and Jeon Joon-ho’s 13-minute film “El Fin del Mundo” (The End of the World) was submitted to 2012 Kassel Documenta. It was the second time Koreans were invited to the prestigious art event.

“I am happy to be the first goodwill ambassador representing the national art museum in Korea,” said Lee at the appointment ceremony.

Lee has played leading roles in hit movies and dramas such as “Sandglass,” “Typhoon,” “City of the Rising Sun” and “The Thieves.” He debuted in 1993 with SBS TV drama “Dinosaur Teacher.”