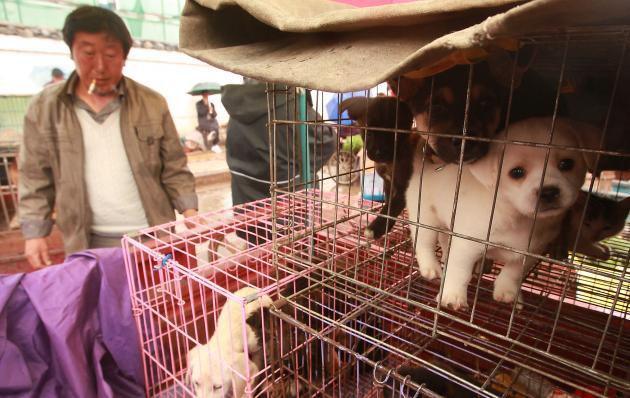 Puppies in cages (sold for food) are on sale for restaurants and customers at a market in Lijiang, northern Yunnan Province, on September 29, 2012. (UPI)
From illegal impromptu pet shops, to glove eating goats in Buddhist monasteries, this collection features various animal encounters on the streets of China. (UPI) 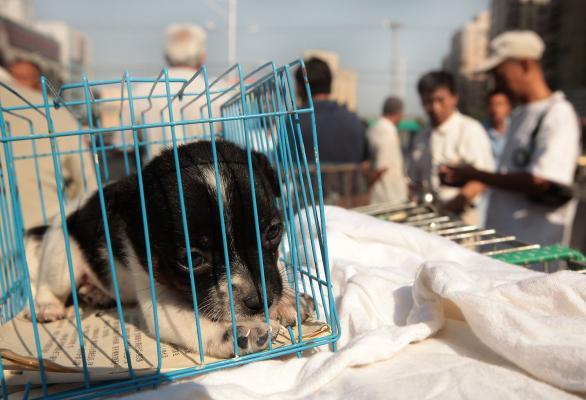 A puppy sleeps in a small wire cage at a sidewalk pet market in downtown Beijing. (UPI) 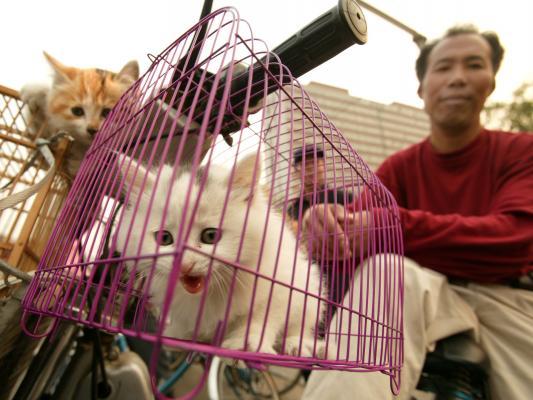 An enterprising Chinese man sells kittens on the corner of an intersection in central Beijing. (UPI) 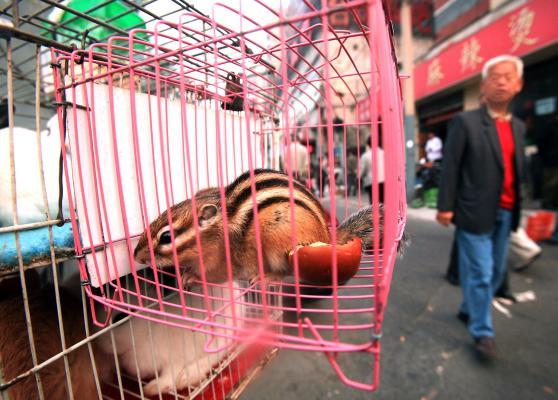 Chinese walk past an impromptu and illegal pet market in downtown Beijing. (UPI) 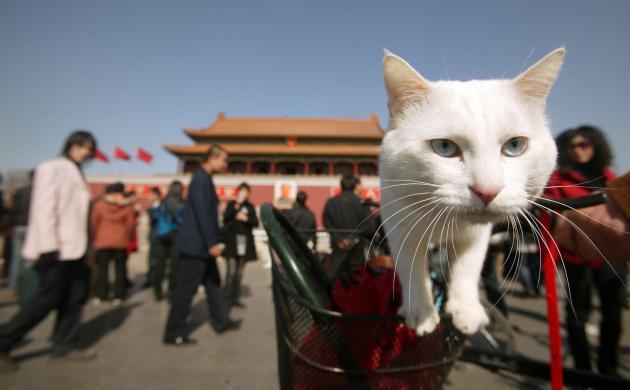 A woman and her cat stop in front of Tiananmen Square`s North Rostrum. (UPI) 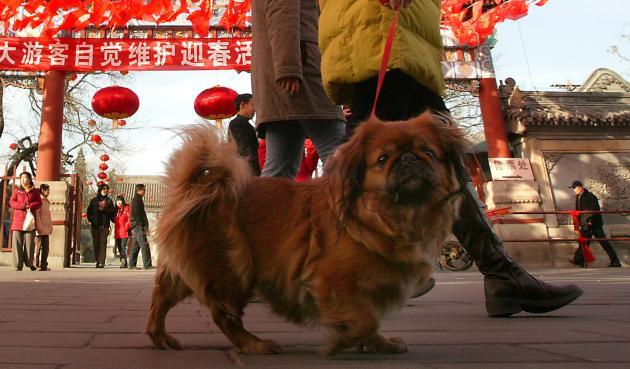 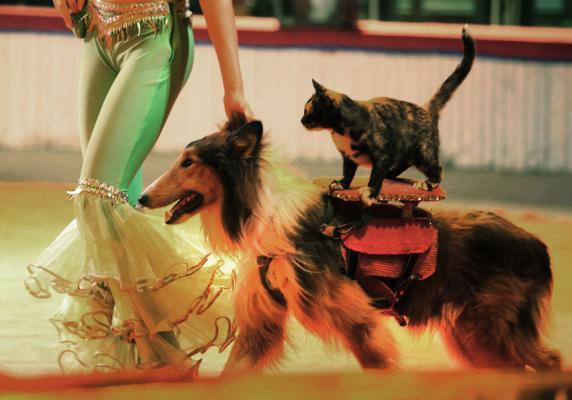