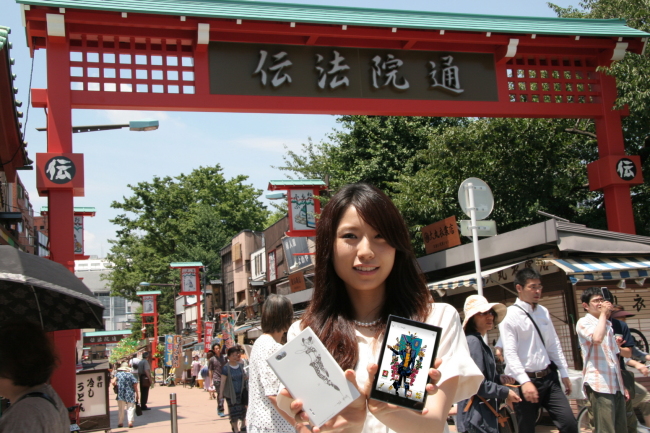 LG is set to release the Optimus Vu via Japan's top mobile carrier NTT DoCoMo Inc. starting Aug. 3, the company said in a statement. Reservations for the phone have begun last week.

The Optimus Vu, which hit local shelves in March, features a 5-inch screen for enhanced readability and a pen that enables writing on the screen like Samsung Electronics Co.'s smart device Galaxy Note.

"The Optimus Vu, which was well received in the local market, is expected to be a huge success in Japan as well. LG will speed up its global smartphone market drive through innovative products,"

LG has been moving to grab a bigger stake in the fourth-generation wireless market after slipping behind rivals Apple Inc. and Samsung Electronics in the third-generation smartphone race.

As part of that effort, the company launched its LTE handsets in Japan and the United States. Japan sales of the company's LTE handsets are estimated to have topped the 400,000 mark since the company released its first LTE smartphone in the Asian country late last year.

As of the end of June, LG was ranked the world's No. 5 handset maker with a market share of 3.6 percent, according to data from Strategy Analytics. The company shipped 13.1 million mobile phones in the April-June period, with smartphones accounting for 44 percent of the total. (Yonhap News)