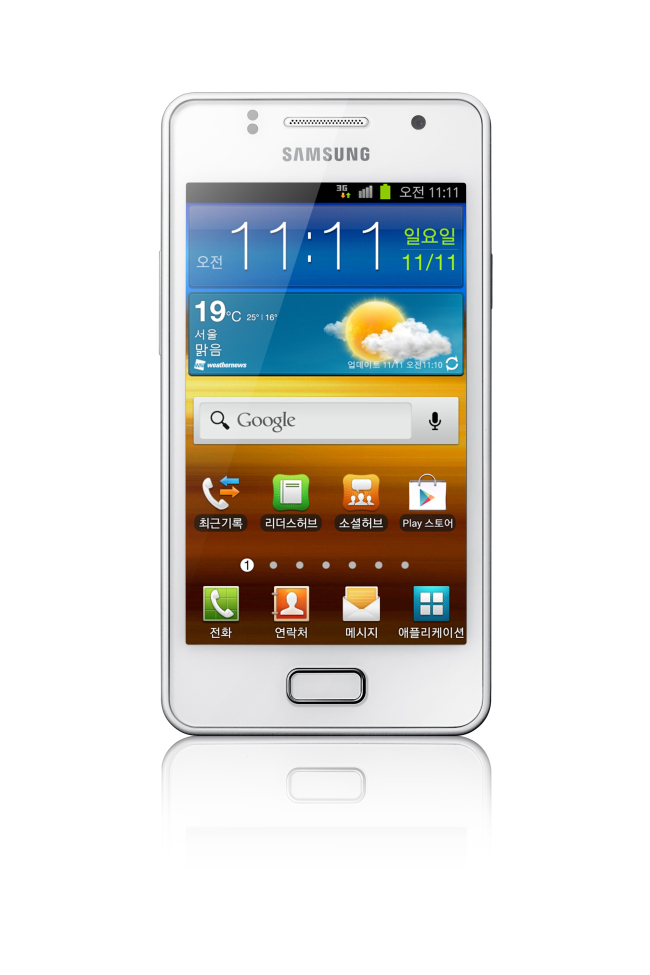 The Galaxy M Style model
Samsung Electronics Co. said Wednesday it plans to introduce the country’s first smartphone model that consumers can directly buy, opening the way for getting mobile devices outside of wireless operators.

The Galaxy M Style model, which runs on the third-generation network, will hit local shelves on Thursday, according to the world’s largest smartphone maker.

Consumers can directly purchase the smartphone and open accounts with two of the country’s three mobile carriers, SK Telecom Co. and KT Corp., it said. The mobile device is not available via LG Uplus Corp., which uses a different cellular network system.

Samsung’s move comes on the heels of the local telecommunication regulator’s policy that enables consumers to buy mobile devices directly from manufacturers or other channels.

The Korea Communications Commission introduced the policy in May, joining the United States and Japan, in a bid to diversify retail channels for mobile phones and widen choices for consumers.

Under the policy, consumers can plug universal subscriber identity module cards of their favorable mobile carrier into any mobile device, including those purchased overseas.

The policy, also known as the “blacklist” system, allows consumers to use any phone unless they are listed on the blacklist of lost or stolen phones.

Most local mobile phone users purchase wireless devices from operators with a two-year contract that binds them with the same operator for the period in exchange for a device subsidy.