Fashion merchandise buyer Nam So-hyun has been making occasional visits to multi-brand shops sprawled along Garosugil in Sinsa-dong, southern Seoul, for quite some time.

“Being a buyer, it helps me keep a good eye for fashion. Multi-brand shops bring in new, interesting brands and are the quickest in Seoul to reflect the latest trends of the international fashion scene. The items tend to be a bit over-priced but are worth browsing every now and then,” said Nam.

She is far from the only fashion-savvy buyer who has gotten used to the luxury of choosing from what has been screened for them in advance. In the past few years, multi-brand shops have established themselves as a smarter way to shop, or even just to browse. The shops offer goods from the hottest local and international brands, selected by talented buyers and sold at a single venue, much to the convenience of shoppers.

With their number mushrooming, multi-brand shops are facing competition, forcing them to come up with new ideas to draw customers to their stores.

“Now most multi-brand shops sell similar items. If we bring in a certain brand, others soon bring it in, too. So the game is no longer about individual items. What is important is to make customers buy the item at our shop and not elsewhere,” said Song Mi-sun, general manager at multi-brand shop People of Tastes.

People of Tastes, a.k.a. POT, opened near Hongik University in Seogyo-dong, Seoul, in 2010 and at Garosugil last year. To survive among many fellow newborn multi-brand shops, POT decided to become an agency, distributor and shop.

Unlike others which simply buy and sell items from local distributors, POT acts as a distributor and links unfamiliar foreign brands with local buyers. It also works vice versa by promoting up-and-coming South Korean designers to foreign buyers. 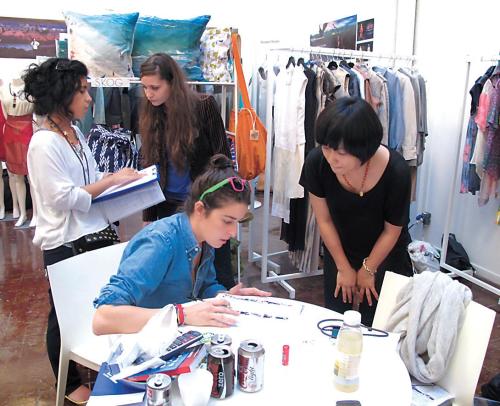 Buyers from different countries showed great interest, said Song, and several including U.S. multi-brand shop opening ceremony and Japan’s Isetan Department Store made orders. This spring, POT is planning to expand the promotion in Hong Kong and Japan as well.

“It is really important for the independent designers to grow but there is not much room in the Korean market for them to do so. It would be easier for them to be recognized here after they become stars overseas. Promoting them overseas is a win-win for both us and them,” said Song.

Another idea to “brand” POT is to be flexible about the hardware and allow the venue to be “edited” according to different occasions. POT sometimes gets rid of the hangers and turns the shop into a party or exhibition venue.

Most recently, vintage object artist Ahn Do-hyun held a solo show at the shop’s 2nd Room, a small space on the second floor, from Oct. 21 to Nov. 4. His works even caught the eye of several art insiders and Ahn won the chance to showcase his works at Seoul Arts Center and even in Italy.

“Such events have nothing to do with sales. What we want is to image-make POT, that we are people with good taste and have tasteful events and items that can appeal to people who seek good taste,” said Song. 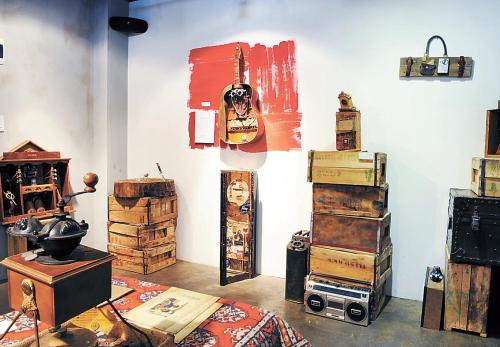 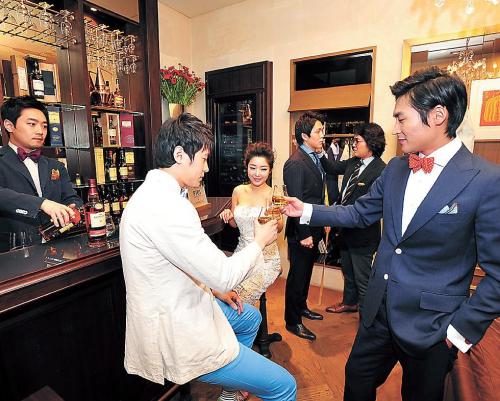 Lansmere opened a classic bar inside the shop last March to allow customers to drink and chat. (Lansmere)
Lansmere, a high-end classic suit multi-brand shop run by Cheil Industries, opened a bar in March inside the shop situated in Cheongdam-dong, southern Seoul. The idea is that stylish men who are constantly on the search for something unique but prefer one-stop shopping can socialize with a drink in hand.

Wine and coffee are offered to customers while they browse through hand-made suits, shoes and accessories by over 60 Korean, British and Italian premium brands such as Cesare Attolini, Fedeli and Avon Celli.

Man On the Boon, an affiliate of the nation’s first generation multi-brand shop Boon the Shop, opened in October on the sixth floor of Sinsegae Department Store in Banpo-dong, southern Seoul. What is unique about the high-end multi-brand shop is that it scouted Tyler Brule, award-winning editor-in-chief of the British magazine Monocle, as the creative director.

Riding on the popularity of the magazine which is known for its culture and design sections as well as international news and business, the shop aims to more effectively attract youngsters in their 20s and 30s, its target, who are culture-sensitive as much as they are fashion savvy. Under the direction of Brule, Man On the Boon publishes a newsletter every month.

The concept of a multi-brand shop has made it to fields other than fashion, such as cosmetics, electronic gadgets, nursery goods and restaurant businesses.

Toddle and Toddle, a nursery goods multi-brand shop which opened in Daechi-dong, southern Seoul, is popular among moms-to-be. Urban Space in Sinsa-dong, southern Seoul, which offers about 20 organic cosmetic brands, and Man Studio in Seogyo-dong, Seoul, which sells more than 10 men’s cosmetic brands, attract those who are extra-sensitive about their skin. 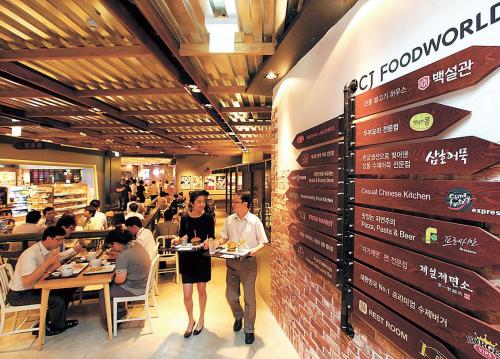 A view of CJ Food World (CJ)
CJ Food World is a multi-restaurant venue where visitors can choose from all 17 of CJ’s food, beverages and restaurant brands from China Factory Express and bibigo, to Tous les Jours and Cold Stone, and even a sake bar which opens after 4 p.m. It opened in July last year near Dongdaemun in central Seoul.

“It is different from food courts because each restaurant has its separate space. And not only restaurant brands like VIPS but also food brands like Beksul or Happy Bean have their own counters. There, chefs create new menus from scratch and visitors can see them cook and have a taste on the spot,” said Shin Hyo-jeong, PR official at CJ Foodville.

“Some travel agencies even included CJ Food World in their tour courses. We are planning to open a branch in Gwanghwamun in April or May,” said Shin, adding that the brands are experiencing synergy effect as chefs competitively cook up new menus, leading to quick launches of new products.

“The concept of cultural complexes is changing in Korea,” said Shin.