WROCLAW, Poland ― About 300 kilometers to the southwest from Poland’s capital Warsaw is a large LG cluster in the heart of a special economic zone in Wroclaw, one of the main cities in this East European country.

Focusing on production of televisions, refrigerators and washers, the LG cluster aims to simplify its liquid-crystal display module production process which could enable making an LCD television in a single line by the end of this year.

Seong Jun-myeon, president of LG Electronics Wroclaw, said the firm is working with its affiliate LG Display to establish what is called the co-design manufacturing system, which would add another production line.

“The design itself would be done with LG Display and the new line will allow us to complete the processes of assembly, inspection, verification, packaging and shipping in a single line,” said Seong. 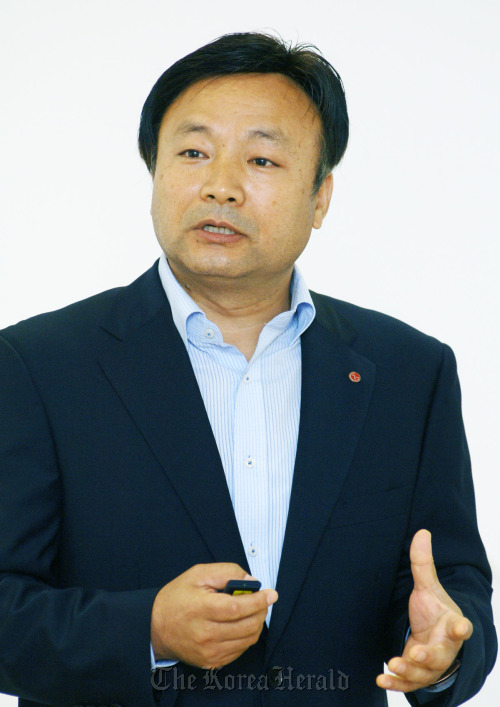 Seong Jun-myeon, president of LG Electronics Wroclaw
“The process will save the costs of raw materials, logistics and cut down the production time.”

The LG cluster, composed of LG Electronics, LG Display, LG Chem and LG Innotek, was created in October 2005 in Wroclaw, the main city in southwestern Poland with strong support from the local government. The cluster was made ready in May 2007 and its affiliates such as Dong Yang, Dong Seo, Heesung, POSCO and Starion are also situated within the 1,551 square kilometer cluster zone.

The formation of the cluster is in line with LG Group chairman Koo Bon-moo’s commitment to offering full support when LG and its affiliates decide to join hands when going overseas. Koo has emphasized his support for such projects whenever he took part in the groundbreaking ceremonies of LG’s factories abroad. 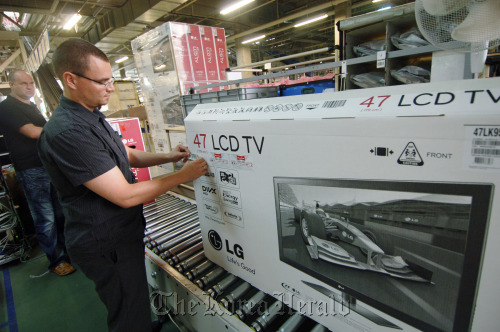 Workers at LG Electronics Wroclaw work at the television production line of the factory in southwestern Poland last week. (LG Electronics)
With such support from Koo, LG Electronics unit in Wroclaw has set its slogan as “Fast, Strong and Smart,” and it has been stressing localized operation, innovative execution and creating a joyful and winning company culture.

“We gave more responsibility to the local workers here and shared all the details so that everybody was on the same page,” said Seong, who has been leading the electronics unit since 2008.

The company, which has about 2,000 employees, also provided bonuses that differ depending on the workers’ performances ― from 0 to 200 percent of their income ― which boosted the employees’ capabilities.

“Not only should responsibilities be given to local workers, but also the confidence that they could learn something by working at LG,” he said.

As a result, the firm’s labor union, which numbered up to 763 people, was gone within a year and the company was able to produce 3.2 million units of television sets last year, about three times of that manufactured in 2007, according to Seong.

“Of the total TV sales, the portion of 3-D TV is currently 35 percent but we expect the figure to top 50 percent by the year end,” he said.

The factory makes 42-inch and bigger inch TVs for all consumers in Europe, including the Common Wealth of Independent States.

This year’s sales target for refrigerators, which are produced in one manufacturing line since December 2006, is fixed at about 240,000 units and the company began producing washing machines last month, said Seong.

“We’re gearing up here to release the 3-D TVs,” he said. “Through the establishment of the co-design manufacturing system, we plan to reduce the number of sub-parts and unveil products that are equipped with new revolutionary designs.”