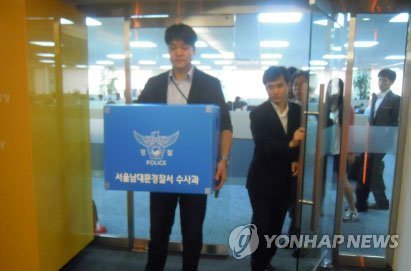 Samsung Card has asked the police to investigate an employee regarding the suspected leakage of customer data, including their names and mobile phone numbers.

Sources said Samsung Card submitted to the police a document in which an employee of the card firm confessed that about 800,000 customers' data might have been leaked.

"But for now, the exact extent of the damage is unknown," said an official at Samsung Card.

The investigation comes on the heels of a series of online security breach cases, compromising South Korea's image as the world's most wired country.

Concerns about online security breaches have heightened due to a spat of hacking attacks on local financial firms and a popular Internet portal.