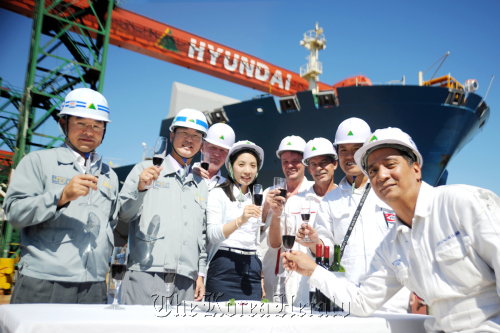 According to the shipbuilder, the German shipping firm Peter Doehle sent 14,400 bottles of Chilean wine as a token of appreciation for the quality of the ships the Korean firm built.

The contract is scheduled to be completed in June 2012 when the fifth vessel will be delivered.

The wine, produced at a vineyard owned by Peter Doehle’s chairman Jochen Doehle, was distributed to employees of Hyundai Samho and associated companies, the shipbuilder said.