Ever since President Lee Myung-bak suspended food aid to North Korea upon taking office in 2008, the question of its resumption has been highly contentious. Lee ended the shipments of rice that had taken place under his liberal predecessors with the insistence that aid be tied to denuclearization by the North. The sinking of the Cheonan last March and the attack on Yeonpyeong island in November hardened this stance, with the government adding an apology for the attacks to the list of conditions for the resumption of aid. The North has steadfastly refused to acknowledge fault for either of the attacks.

The issue has become more urgent since a report by the U.N.’s World Food Program claiming the country is facing major food shortages after a poor year’s harvest. In the last few weeks footage smuggled out of the North of begging children and soldiers demanding bribes has lent credence to this claim. But others, including Unification Minister Hyun In-taek, have said the food shortages are not worse than previous years. There are also concerns that the North wants food to stockpile ahead of celebrations for the 100th anniversary of the birth of its founder Kim Sung-il, and doubts over whether aid would reach those in need. -Ed 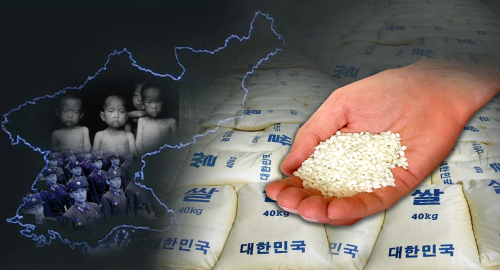 Yes: It is a matter of responsibility, pragmatism 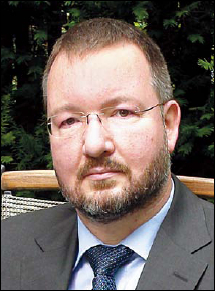 Rudiger Frank
Food aid to North Korea is a costly endeavor; food needs to be harvested, stored, packed, delivered and distributed. We can therefore assume that it is provided for a reason; or actually, a wide range thereof. From a humanitarian perspective, food is to feed the hungry. From the perspective of South Korean farmers, deliveries of rice to the North are to alleviate the South’s burden of over-production. Some politicians want food aid to prevent a collapse of the North Korean system that would create all kinds of risks and pressures. Other politicians want food aid to achieve exactly that ― an end to the current North Korean state socialist system. From all these perspectives, we can argue in favor of food aid.

It is relatively undisputed that the North suffers from a lack of staple food. We do not know how severe the problem is, but even a short visit makes it clear for the lay person: these people are malnourished. It is a simple human imperative to help those in need. For South Korea, there is the added factor of helping people from the same nation. And let’s not forget that provision of food in times of need will lay a psychologically important foundation for an eventual unification.

What about food diversion to the military or the elite? This argument is popular; yet it makes very little sense for an economist who knows what substitute goods are. Even if all food aid would be consumed by Kim Jong-Il and his friends, which is not very realistic, food aid would still benefit the poorest. North Korea produces about 4 to 5 million tons of food annually; food aid simply adds to this amount. If the leaders eat foreign rice, more domestic rice will be left for the population. A hungry person does not care whether calories come from rice, corn, barley or potatoes as long as he can fill his stomach, so even if only corn is left to the poor, the hungry will benefit. Furthermore, food aid will increase the amount of supply on the markets in North Korea and, given stable demand, will thus push prices down. This will, obviously, benefit those with little cash. As for the military: is there any reason why we think a young North Korean conscript of 19 years does not deserve our pity just because he has been forced to wear a uniform?

Will food aid stabilize the current regime? Yes, it will. But look at the experience of other formerly socialist countries. They reformed at a time when their economies were doing well. In East Germany, for example, most ordinary citizens even had a private car, and their biggest worries related to food were bananas and oranges, not staple food. Nevertheless, people were unhappy and eventually led their societies into a change. So far, North Korea’s masses have been rather passive; could it be because they are busy handling their everyday life? A stable food supply will support a shift from pure survival towards consumerism in North Korea. This is a game that the current system is ill positioned to play successfully. The result will either be a collapse like in Europe, or more likely a peaceful transformation just as it happened in China.

Finally, there is a strategic problem for Seoul that makes food aid almost inevitable. South Korea is not the only country on this planet. If you do not send food, others will; this increases North Korea’s dependency on China and dims the prospects for a Seoul-dominated Korean unification. Even in the unlikely case that nobody sends food, the situation remains problematic. Experience has shown that the North Korean state will then resort to blackmail, which includes the further development of nuclear weapons, even proliferation, and the risk of new military clashes. The country that will be most affected is South Korea.

Food aid is a humanitarian imperative. It is a means to support desirable long-term developments in the North, and it will reduce South Korea’s security risk. It will not provide a sustainable solution, so it can only be part of a more comprehensive strategy. Expectations of eternal gratefulness by the receiving side are naive. Nevertheless, there are few if any alternatives. A few bags of food are a cheap price for what they can achieve.

Rudiger Frank is professor of east asian economy and society at the University of Vienna, Austria. He is regularly consulted on North Korea, most recently by The Elders including President Jimmy Carter. For more information, see http://wirtschaft.ostasien.univie.ac.at ― Ed.


No: We can’t say where the aid will end up 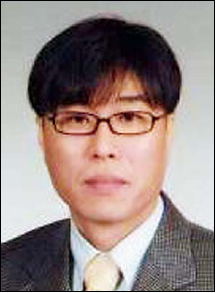 Kim Yong-soon
There have been many voices heard from both in and outside of the South Korean government advocating the resumption of aid to North Korea. The debate between the doves and the hawks has raged on ever since the peninsula was divided in 1945. This is an overly politicized issue in our domestic society of which I have no inclination of adding to. I will, however, try to touch on the some of the more practical aspects of our provision of aid to our brethren in North Korea.

Thus, the aid originating from the South has not served its twin goals of relieving the dire situation of the North Korean people and obtaining the ability to influence North Korea in any positive way, and has remained symbolic at best. The only goal that the aid has served is the self-satisfaction gained by those that have advocated continuous aid to the North with vague hopes of reaching out to the ordinary North Koreans.

Much more is to be gained, both for the South Korean government as well as the North Korean people, by uniting our efforts with the international community in our endeavor to both influence the North Korean regime and help the North Korean people. By maintaining our adherence to international norms of giving aid, we may be able to more quickly secure a better world for the people of North Korea. The international community has long been providing aid under conditions which link the aid to developmental goals, both in economic and democratic terms, and humanitarian objectives. It is done so precisely because experiences have shown that without such a link, aid has been pouring into the regimes, be they legitimate or not, that are in place at the moment and not to those that are in need. China is an exception to this norm in its recent aid packages to mostly African and other resource rich countries. China has been known to provide lump sums of cash in return for access to raw materials without any strings attached. This sort of aid, akin to our aid to the North, may be effective in serving the interests of the involved regimes, yet do nothing to alleviate the pains of the livelihoods of the majority of the people in the receiving countries.

Along with the ineffectiveness of previous aid to the North, and with the Cheonan and Yeonpyeong incidents still fresh in the minds of South Koreans, it is best to adhere to the current state of international solidarity to refrain from providing goods to North Korea. The UN resolutions, 1718 and 1874, as well as most of the members of the stalled Six Party Talks are in agreement that no further aid should be going North Korea’s way without any sign of change from the North Korean regime on issues such as human rights, WMD and recent provocations towards the South. The sufferings of their people are precisely the results of their closed system enforced by the regime and, more importantly, of their severe defense expenditure.

What has been particularly effective in aiding underdevelopment and maltreatment of human rights is the effort of the global civil society that has arisen in this age of globalization. As civil societies take on the burden and the decision of providing aid, governments such as the current Lee administration maintain the option of pressuring for change with other means. Carrots only work when the other hand is holding a stick.