Gere, a practicing Buddhist, will come to Korea on June 20, in time for his photography exhibition titled “Pilgrim,” featuring photos of Tibet, the Jogye Order said. He will have a meeting with Venerable Jaseung, head of the Jogye Order, and then travel down to Bulguksa in Gyeongju, about 370 kilometers southeast of Seoul, for a Templestay program. 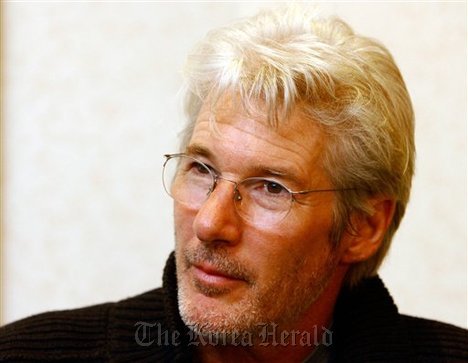 “I believe it will be his first experience participating in a South Korean Templestay,” a Jogye Order official said.

Templestays, run by the Cultural Corps of Korean Buddhism, are programs that allow locals and foreigners to stay in mountainside temples and participate in Zen meditation, early-morning chanting and daily chores. Overnight Templestays have become popular activities for foreign tourists. The Web site for the programs is available in six foreign languages: English, Chinese, Japanese, German, French and Spanish.

Gere, whose filmography includes major box office hits such as “An Officer and a Gentleman,” “Pretty Woman” and “Chicago,” has been an active supporter of the Dalai Lama for more than three decades. He’s also an advocate for human rights in Tibet.

The exhibition will run at Seoul Arts Center from June 14 to July 24. (Yonhap News)