The 34-year-old actor is shooting a Chinese-language romance alongside Hong Kong actress Cecilia Cheung and will next join the Jackie Chan project “Chinese Zodiac.”

Kwon, who shot to fame with the 2003 TV drama “Stairway to Heaven,” took a break from shooting Friday in the southern Chinese city Shenzhen to promote “Repeat, I Love You.”

“This movie marks my first foray into international markets, so I take this movie very seriously,” Kwon told reporters. 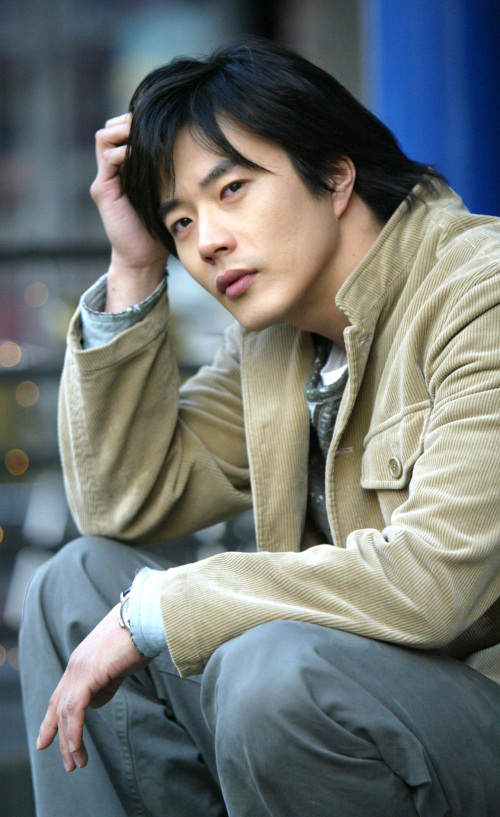 Korean actor Kwon Sang-woo (Korea Herald file photo)
The South Korean entertainer said he has been a fan of Hong Kong and Chinese film since his student days.

“My childhood memories are filled with fondness and worship for Chinese entertainers, so I am very happy for this opportunity. Even though there is the language barrier, we share the same emotions,” he said.

Kwon, whose recent film credits include “Destiny,” “More than Blue” and “71: Into the Fire,” praised Cheung, who plays two characters in the movie ― both of whom Kwon’s character falls for.

“One role is a very feminine, sophisticated woman. The other is very tough. She was able to draw a clear distinction between the two,” Kwon said, adding that he was already familiar with Cheung from her starring role in the 2001 South Korean drama “Failan.”

Dan Mintz, chief executive of DMG Entertainment, the Chinese studio behind “Repeat, I Love You,” said he was looking to breed creativity through cultural exchange ― and wasn’t necessarily thinking about South Korean box office numbers.

Kwon told the AP after Friday’s news conference that after finishing “Repeat, I Love You,” he will go to Paris to join the cast of Chan’s “Chinese Zodiac.” He is also in talks to co-star with a Chinese actress in a TV series next year.

Chan hasn’t announced details for “Chinese Zodiac” and Kwon didn’t elaborate on his role, but the South Korean star said he felt the offer was “a big honor for an Asian artist.”