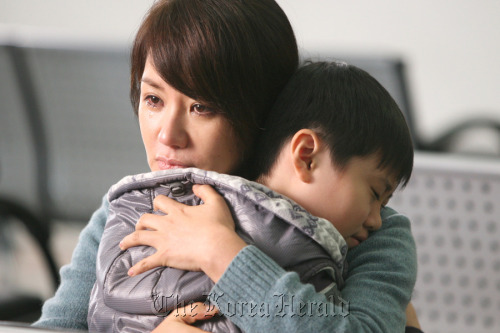 Drama. Directed by Choi Ik-hwan. Featuring the stories of three different mothers and their children, director Choi Ik-hwan’s “Mama” tells what mothers mean to the traditional and contemporary Korean mentality. Hyung-seok, a 5-year-old boy who suffers from a fatal heart disease, lives with his mom Dong-sook (Uhm Jung-hwa) alone. Being a single mother, Dong-sook works as a visiting housekeeper and delivers yogurt drinks every morning to make money for Hyung-seok’s medical treatment. She never knew she’d be diagnosed to ovarian cancer before saving her son from his disease. Ms. Jang (Jeon Soo-kyung) is a successful middle-aged soprano who also lectures at universities. Her daughter, Eun-sung (Ryu Hyun-Kyung) works as her mother’s driver and secretary. While Ms. Jang criticizes her daughter for not having any aspirations for her life, Eun-sung feels unworthy of love and appreciation. Meanwhile, street gangster Seung-cheol’s mother is diagnosed with breast cancer. Her only wish is to meet her first love before her surgery. Seung-cheol, along with his fellow gang members, desperately start searching for the man of his mother’s past. 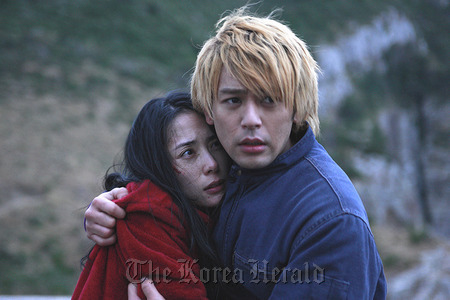 Drama. Directed by Lee Sang-il. Yuichi Shimizu (Satoshi Tsumabuki) is a young civil employee who lives with his grandparents in Nagasaki. His parents abandoned him when he was little, and he never had many friends. Yuichi meets a girl online through a dating site, and accidentally kills her on the day of their first date. He runs away from the girl’s body, and goes back to his daily life in fear and agony. Then one day, he receives a message through the same website. It is from Mitsuyo Magome (Eri Fukatsu), a young woman from Saga who lives a mundane life. She lives with her younger sister, and works at a men’s clothing store. When they finally meet up after a series of email exchanges, the two instantly throw themselves into the moment of love. By this time, though, Yuichi is a wanted criminal and his face is all over the news. Mitsuyo nevertheless persuades Yuichi not to turn himself in and run away with her. 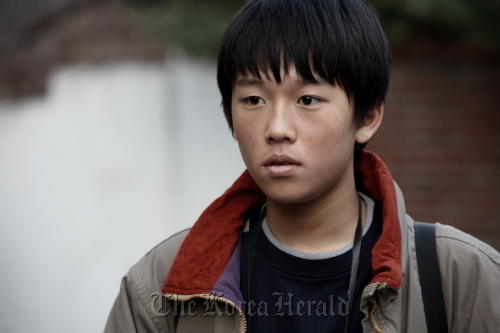 Drama. Directed by Roh Hong-jin. Middle school boy Jin-woo gets a part-time job delivering newspapers in the early mornings to help his mother, who is the provider for their family. His alcoholic father has always been unemployed and his sister, who attends high school, has no aspirations for her future. Jin-woo runs into another boy named Chang-geun at work, whose goal is to leave home after making enough money to live on his own. Chang-geun gives Jin-woo what he calls “real-life” lessons, teaching him how to smoke, drink and flirt with women. One day at a local pub, Jin-woo, while hanging out with Chang-geun, accidentally finds out his mother has been working there as one of its servers. Chang-geun insults Jin-woo’s mother, as he would any woman working at a drinking house, not knowing Jin-woo is her son. 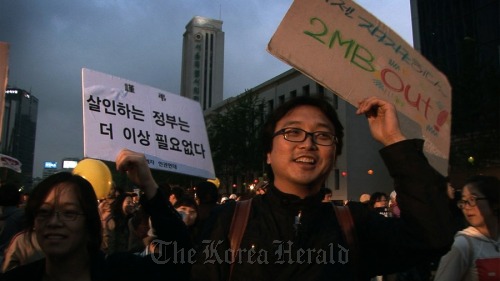 Documentary. Directed by Lee Hyuk-sang. Jointly funded by two gay rights organizations -- Pinks and Chingusai -- this first gay documentary in Korea features Lee’s four gay friends whom he met while hanging out in Nakwon-dong, Jongno, the popular gay district in Seoul. With the vibrant yet shabby Nakwon-dong streets as its background, the film tells stories of its colorful and moving characters: gay movie director Joon-moon, gay activist Byeong-gwan who also works for rights of low-wage laborers and migrant workers, chef Young-soo, a former country boy who first discovered and joined the gay community of Jongno in his mid-30s, and Yol, a corporate employee whose boyfriend is HIV-positive. 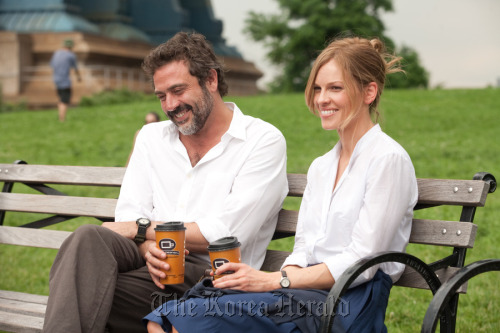 Thriller. Directed by Anti Jokinen. Recently having broken up with her boyfriend, young doctor Juliet (Hilary Swank) finds a new, large apartment in New York at a very affordable price. But with the nearby subway causing noise and vibrations, often even causing objects to fall off the table, Juliet finds her new loft strangely eerie and uncomfortable. Meanwhile, she gets along well with Max (Jeffrey Dean Morgan), the landlord, and begins to form romantic feelings for him. Yet Juliet growingly feels unsafe in her apartment, thinking someone is always watching her when she is at home.