The conference, which starts at 2 p.m., is being organized in recognition of Schofield’s contributions to the nation’s independence and modernization.

In attendance and speaking at the conference will be Scholfield’s grandchildren, friends, and students will also provide personal accounts of what many consider a “great man.”

An academic discussion of his work will also be held. 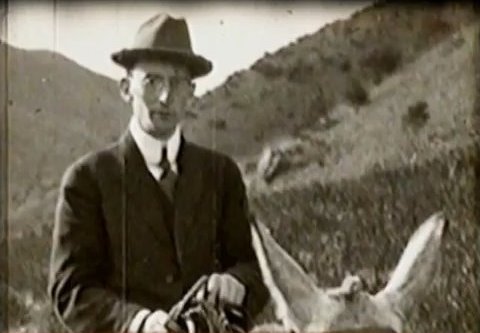 Dr. Frank Schofield at the time of the March 1st movement for independence. (Courtesy of Dr. Schofield Memorial Foundation)
Schofield (1889-1970), a Canadian missionary, is best known for his active role in the March 1st Movement.

An ardent supporter of the struggle for independence during the Japanese occupation, he gathered information about independence fighters and made a photographic record of the movement.

As a scholar and teacher, he made contributions not only in his field of veterinary science, but also by teaching his students to take responsibility individually in the fight for national freedom.

In October 2004, the Korean community in Canada established the Dr. Schofield Memorial Committee, commemorating his dedication to the Korean people.

Since then, the Committee has undertaken a number of activities, including the creation of a memorial garden in Toronto, Ontario.

For his vocal support of the movement, Schofield is considered by many Koreans to be the “34th man” as the original Declaration of Independence, signed on March 1, 1919, had 33 signatories.